Zaggot seems to hold interest in testing the abilities of Goro and seeks to destroy the Prince of Pain. He created The Kombatant by combining the powers of the Earthrealm warriors so that it would confront and destroy Goro.

His crow Rook is always with him and ceaselessly compliments the God of Chaos.

Zaggot speaks with Rook about Goro. 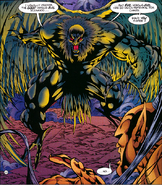 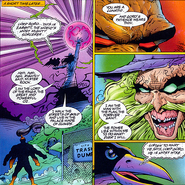 Zaggot presents himself before Goro.

Zaggot in his somewhat ghoulish human form.
Add a photo to this gallery

Retrieved from "https://mortalkombat.fandom.com/wiki/Zaggot?oldid=342300"
Community content is available under CC-BY-SA unless otherwise noted.