The Wu Shi (武師) Academy is a location in Earthrealm within the Mortal Kombat video games. The lei tai center platform is suspended by five massive statues of great masters that founded the academy. The center practice area is used to evaluate tests as the teachers watch from the tower.

In Mortal Kombat: Shaolin Monks, Liu Kang, Kung Lao, Johnny Cage, and Sonya Blade escape to the Wu Shi Academy through a portal on Shang Tsung's island. It is also used by the heroes as a haven. There they were honored by Raiden and the Shaolin monks before the academy is attacked by Tarkatan warriors. The Warrior Shrine from the original Mortal Kombat game is on the grounds of the Wu Shi Academy, and the mysterious warrior Ermac can be fought here. The Wu Shi's Academy's lei tai platform also appeared as an arena within the versus mode under the name Wu Shi Arena.

The Wu Shi Academy also made an appearance in Mortal Kombat vs. DC Universe and Mortal Kombat (2011), after Liu Kang defeats Shang Tsung. However, the latter game does not have a playable version.

In Mortal Kombat 11 it is revealed that the Wu Shi Academy has a Dragon Grotto underneath the Academy grounds that houses Earthrealm's Jinsei energy within it's bubble springs. 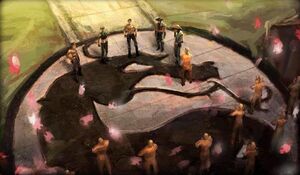 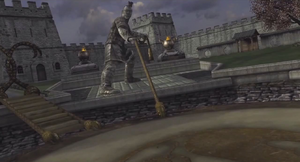 The Wu Shi Academy in MK vs DCU 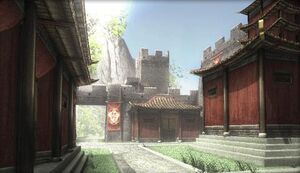 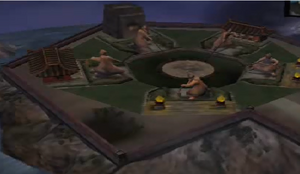 Full view of the academy 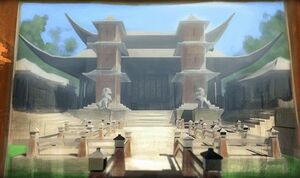 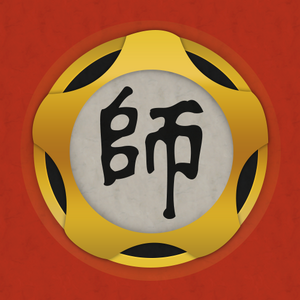 Wu Shi Academy Flag Logo
Add a photo to this gallery
Retrieved from "https://mortalkombat.fandom.com/wiki/Wu_Shi_Academy?oldid=330415"
Community content is available under CC-BY-SA unless otherwise noted.