The White Lotus Society is a fictional organization within the Mortal Kombat universe.

The White Lotus Society was jointly founded by Raiden, the immortal protector of Earthrealm, and the Shaolin Order of Light sect, following the death of the Great Kung Lao at the hands of Goro in Mortal Kombat. Since the sorcerer Shang Tsung had finally defeated the longtime champion with a recruit from Outworld, it became apparent that Earthrealm was vulnerable to attack, not just by native enemies, but those from foreign worlds as well. To that end, the thunder god and the monks agreed to hand select a group of champions from among the best fighters in Earthrealm. This group would dedicate their lives to learning and understanding how to defend the independence of Earthrealm from the threats of other worlds.

The society's existence is kept secret from the uninitiated, leading to rumours spread by the population. Therefore, many people are unaware even of the existence of other realms, knowing only the Order of Light and its involvement with Earthrealm.

Recruits into the White Lotus need not to be monks of the Order of Light, and commitment to the society is not for life. Members may leave of their own will at any time, and thus, the society's numbers have never been known, but are presumed small. Members of the society identify each other by a white headband bearing the Buddhist symbol of an eight-petaled lotus. Their martial skills may be acquired from native or foreign sources, but the fighters themselves must be originally from Earthrealm.

Mortal Kombat: Deception's Konquest mode reveals that Shujinko was an early recruit into the White Lotus Society. Eager to prove himself a worthy defender of his home, Shujinko is ordered by the recruiting Master Shen to rid the surrounding area of a band of mysterious warriors who have invaded Earthrealm from another world. His success would increase his likelihood of being nominated to represent the White Lotus in the Mortal Kombat tournament, fulfilling his childhood desire. Although Shujinko succeeds in driving off the foreign invaders, Master Shen realizes that his soul is tainted by an unexplainable evil which prevents him from representing the goodness and purity of the White Lotus in the tournament. Shujinko is nonetheless made a member of the Society for his efforts. He attempts to rid his soul of the evil taint, but the process takes many years, by which time the tournament has concluded without his involvement. In his senior years, Shujinko is, at last, able to access the White Lotus Society's stronghold in the eastern mountains, where the spirit of Mortal Kombat champion Liu Kang waits to pass on his skills.

The White Lotus Society is nonetheless involved with the history of the Mortal Kombat series. Liu Kang, Kung Lao, and Kai were all members of the Society at one time, but left for unknown reasons. All three, as well as Shujinko, have continued the tradition of defending Earthrealm from foreign attackers. Liu Kang represented the White Lotus Society in Kung Lao and Shujinko's place in Mortal Kombat, and was the first and only Society member to successfully fend off Outworld in the tournament by defeating the reigning champion Goro at last.

However, the victory would prompt Outworld emperor Shao Kahn to order the Tarkatan hordes to raid the Shaolin Temple in Liu Kang's absence. Many monks of the Order of Light were slaughtered in the massacre, and all of the White Lotus Society's members, save for Kai, were eliminated. It is not known whether Kai had already left the Society at this time, but he took to wandering the world in the aftermath.

Liu Kang and Kung Lao have attempted to rebuild the ranks of the White Lotus several times over the years while expanding the Order of Light since the massacre. But their plans have been interrupted by threats from Shao Kahn, Shinnok, and others. While the Order of Light regained its numbers, the White Lotus Society has not featured an active member for many years, save Shujinko. The resurrection of Raiden with a much stronger intolerance of threats to Earthrealm, and his ambitions to take matters into his own hands, makes the current need for the Society ambiguous. 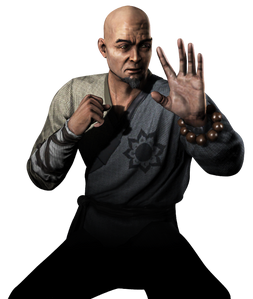 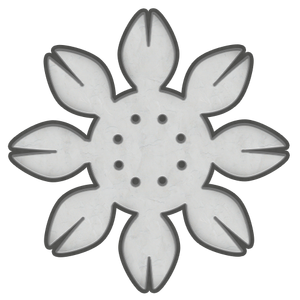 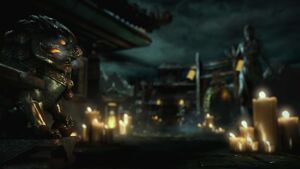