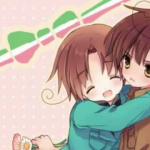 It seems that every since Mortal Kombat 4 in Liu Kang's ending where he thought he had failed in saving Edenia, thus losing Kitana forever. All of a sudden, a portal opens up in front of him with Kitana emerging from it. She thanks him for saving her realm and how she could never repay him. He then says knowing that she's alive is more than repaying. She then says "As heir to the throne of my realm, I offer you the chance to rule at my side, as King of Edenia... Forever." Though he declined saying he belonged on Earth, she wished him luck in his travels and said goodbye. The best part is that his ending is canon. Seems like the developers have been always shipping these two together. It is evidenced throughout the original and current timeline.

Retrieved from "https://mortalkombat.fandom.com/wiki/User:Seddielover12?oldid=327059"
Community content is available under CC-BY-SA unless otherwise noted.