The Immortals are a techno band from Belgium consisting of Maurice Engelen, better known as Praga Kahn, and Oliver Adams. They became famous for creating "the Mortal Kombat theme song." They also developed Mortal Kombat: The Album. The band also did work on the Mortal Kombat: Annihilation soundtrack.

There are also expanded versions of the song. The Chorus-like part is expanded because of more characters in the series. 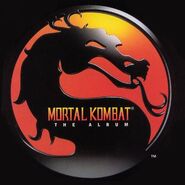 Mortal Kombat: The Album by The Immortals
Add a photo to this gallery

Retrieved from "https://mortalkombat.fandom.com/wiki/The_Immortals_(band)?oldid=339435"
Community content is available under CC-BY-SA unless otherwise noted.