These ancient bladed fans are Kitana's trademark weapon. She's sliced the throats of many Tarkatans and any other enemies in battle with them.

The fans have taken many different designs throughout the series starting somewhat simple before slowly becoming more intricate and elaborate in design. In Mortal Kombat 11, Steel Fans are one of the gears of Kitana, which has various versions. 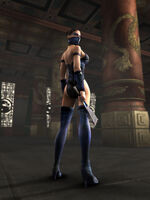 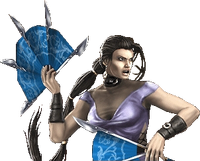 Princess Kitana with her Steel Fans. 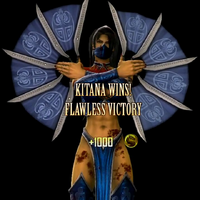 Steel Fans in MK11 as a Konsumable

Bladed Fans in MK Mobile as a Support Kard 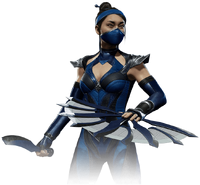 Arch of the Coven

Lethal Breeze
Add a photo to this gallery

Television and Other Media

Kitana wielding one of her Steel Fans in MK: Defenders of the Realm.

Kitana and her Steel Fans in Mortal Kombat: Annihilation.
Add a photo to this gallery

Retrieved from "https://mortalkombat.fandom.com/wiki/Steel_Fans?oldid=364725"
Community content is available under CC-BY-SA unless otherwise noted.