Start a Wiki
The Prison of Souls was a location within the Netherrealm and a level featured in Mortal Kombat Mythologies: Sub-Zero.

Prior to the fallen Elder God Shinnok's reign as the supreme ruler of the Netherrealm, this dreaded prison made of metal was built like that of a city, but is riddled with traps and danger. It also used to capture and torture the souls that were banished there. It was here that the lost and the damned were kept imprisoned by the Keepers.

The original Sub-Zero, after he defeated Scorpion in combat once again, escaped from the cages inside the Prison of Souls and battled the Keepers. He entered the levels of the prison in search of a way out; using its three access cards which are called Elevator Key Cards (since the denizens of the Netherrealm adapted to technology centuries later, thanks to the humans of Earthrealm), he automatically activated each lifter that would operate while the Key Cards were in his possession. Sub Zero found the way out after he destroyed a large statue of Shinnok that blocked the exit.

The background landscape of the Prison of Souls 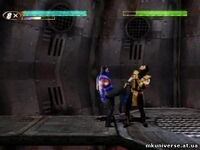 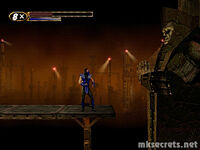 A giant statue of the fallen Elder God Shinnok found within the Prison of Souls. 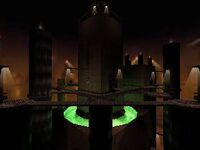 The Prison of Souls 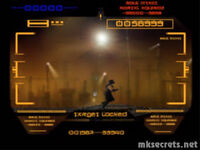 The light from the Pyramid of Shinnok shines over the Prison of Souls which Sub-Zero escapes from.
Add a photo to this gallery
Retrieved from "https://mortalkombat.fandom.com/wiki/Prison_of_Souls?oldid=304391"
Community content is available under CC-BY-SA unless otherwise noted.