The Naginata (薙刀［なぎなた] ) is a pole weapon that was traditionally used in Japan by members of the samurai class.

In Mortal Kombat 4 along with its updated port Mortal Kombat Gold. The Fallen Elder God Shinnok is equipped with a Naginata as his main weapon.

Seidan Guardsman Hotaru uses a Naginata as his weapon of choice in Mortal Kombat: Deception and Mortal Kombat: Armageddon. Li Mei is also seen wielding one in Mileena's Deception ending and somewhat ironically she is also impaled with Hotaru's own naginata in the intro to MK: Armageddon.

Masked Guards were shown wielding Naginatas in Mortal Kombat: Shaolin Monks and Mortal Kombat (2011). In MK11's Shang Tsung's Island Ruins stage, a naginata is seen impaled on the body of a dead Masked Guardsman. It is also an stage interactable that is ripped out of the body of said dead Guardsman and used to strike then impale the opponent. 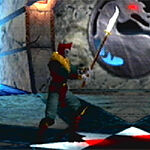 Shinnok with his Naginata in MK4/MKG. 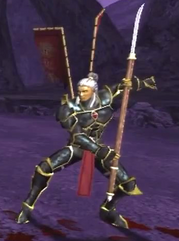 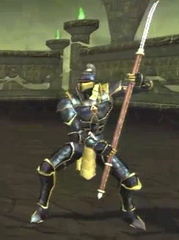 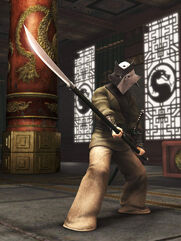 A Masked Guard with a Naginata.

Tanya utilizing her Naginata in a Brutality in MKX.

Tanya sitting on top of her Naginata. 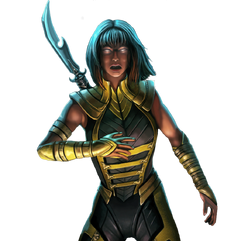 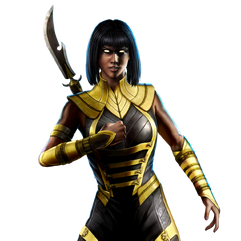 Hotaru impaling Li Mei with his Naginata in the MK:A intro 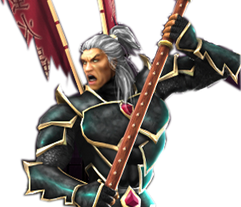 Hotaru's Versus render holding the pole of his Naginata

Hotaru in his Naginata weapon stance while in Alt. Costume 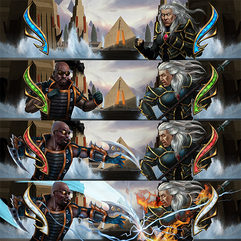 Hotaru wielding his Naginata against Darrius in his MK11 Cameo.

A corpse of a Masked Guardsman with an Naginata impaled on his body.