Mortal Kombat: Shaolin Monks is a non-canon retelling of the events that take place in Mortal Kombat II focusing on Liu Kang and Kung Lao's journey into Outworld. 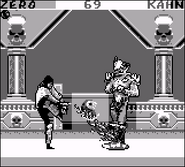 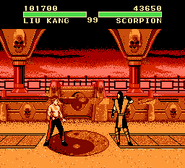 MK Arcade Kollection.
Add a photo to this gallery

Retrieved from "https://mortalkombat.fandom.com/wiki/Mortal_Kombat_II?oldid=352328"
Community content is available under CC-BY-SA unless otherwise noted.