Mortal Kombat: The Journey Begins is a 1995 animated film released by Turner Home Entertainment and Threshold Entertainment as an unofficial tie-in and prequel to the feature film that debuted the same year. It features traditional animation, motion capture and CGI to explain the origins behind some of the movie's main characters, as well as a 15-minute behind-the scenes documentary of the theatrical release.

The film was released straight to home video on VHS and Laserdisc, with a running time of fifty-four minutes. It was included as a bonus on the Mortal Kombat Blu-ray released in April 2011.

The film features Liu Kang, Johnny Cage, and Sonya Blade - also the three main characters in the live action movie - traveling on a mysterious boat to battle in the Mortal Kombat tournament. On the way, they meet Raiden, who provides them with some hints about how to survive the tournament and defeat Shang Tsung and his army of Tarkatan minions. Upon arriving at the island where the battles takes place, Raiden retells the origins of Shang Tsung, Goro, the Great Kung Lao, Scorpion and the elder Sub-Zero in between fight scenes.

Prince Goro
Add a photo to this gallery 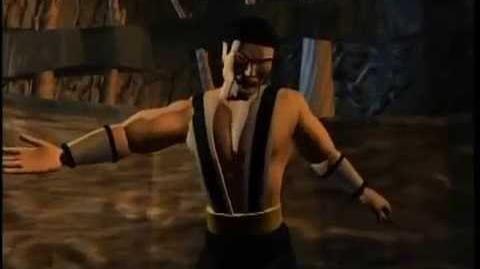 Retrieved from "https://mortalkombat.fandom.com/wiki/Mortal_Kombat:_The_Journey_Begins?oldid=322728"
Community content is available under CC-BY-SA unless otherwise noted.