Mimicry is a fighting technique used in the Mortal Kombat series. Mimicry is where a fighter mimics their opponent's fighting styles or abilities, whether this be from the opponent they are facing or stealing abilities or fighting styles from other opponents. Mimicry is a rather difficult trait to master, however, some have managed to master the technique to perfection, making them some of the deadliest fighters in the Realms.

When utilizing mimicry, various traits take place. With some, the fighter will simply perform a move identical to the opponent or a different fighter. This is not to be confused with a fighter borrowing a move from another fighter, similar to both Kenshi and Ermac's telekinetic abilities or Reptile's original appearance in the first Mortal Kombat game where he borrows both Scorpion and Sub-Zero's moves, as well as Jade and Smoke in MKII (palette-swap Kitana and Scorpion respectively). Some fighters possess a far more advanced form of mimicry in the manner that they can morph or shapeshift into the fighter to perform an attack or fighting style.

The sorcerer Shang Tsung, the first user of the technique dating all the way back to the first Mortal Kombat game, is by far the most well known user of the technique and has mastered it in a manner far beyond anyone depicted in the series. In addition to performing attacks identical to the opponent, Shang Tsung has mastered the ability to morph, or rather, shapeshift into a fighter or even the person he is currently fighting, mimicking not only their abilities, but their appearance, voice, and overall fighting style to a deadlier effect. In Mortal Kombat 11, this is taken further where he is able to steal and perform any and all available Brutalities from the current opponent he is fighting by using his Soul Steal. However, the Brutality's requirements must be met to perform. Additionally, in MK11, Shang Tsung not only mimics his opponents by using his Soul Steal, but is also able to mimic Reptile, Rain, Ermac, Smoke, Scorpion, Sub-Zero, and Noob Saibot, all of which are integrated into his special moves with the latter three being used in his Fatal Blow. Moreover, when selecting him before a match, he will transform into two of the seven ninjas before selecting an arena. He will also morph into one of them after winning a round or on a rare occasion after performing a Brutality.

In Mortal Kombat 4 and Mortal Kombat Gold, the demon Quan Chi is capable to perform Fatality Steal, a Fatality that imitating the opponent's alternate Fatality.

The Fallen Elder God of Death, Corruption and Darkness, Shinnok, is a master of a form of mimicry as he is able to perfectly replicate and perform his opponent's attacks in an identical manner as them. On some occasions, he can even morph into his opponent in a similar manner like Shang Tsung or even create a duplicate copy of his opponent when mimicking them. An example of this exists in Mortal Kombat X, where Shinnok creates a phantom version of Ferra to attack for him or briefly morph into an Alien to attack someone. In some cases, he can even steal the opponent's Brutality with his Mimicry move should he follow the requirements to complete it during the match.

In Mortal Kombat X, Triborg is introduced as the first pure cyborg of the series with the ability to shapeshift and mimic the fighting styles and abilities of Sektor, Cyrax, Cyber Smoke and Cyber Sub-Zero. Similar to Shang Tsung, Triborg can transform himself into four of the aforementioned cyber assassins. When doing this, he retains some of his natural fighting abilities while applying one of the four cyber ninjas in his databanks to fight, replicating their abilities like no other before him.

The guest character Alien is the only character with a natural form of Mimicry due to its race's genetic trait to take on the characteristics of the host it is born from. While not entirely on the some level of mimicry as Shinnok or Shang Tsung, the Xenomorph will exhibit similar fighting tactics to its host while adapting to it and integrating it into its own. This is shown in its origin franchise, but also shown in Mortal Kombat X by the Tarkatan-Xenomorph. Born from a Tarkatan warrior of unknown origin, once it reached adulthood, it utilized the techniques seen by many Tarkatan warriors due to inheriting the Tarkatan Blades of its host.

Appearances in Other Media

Quan Chi also morphed into Sub-Zero to kill Hanzo Hasashi and even his wife Harumi, his son Satoshi, along with Shirai Ryu clan in Mortal Kombat: Legacy and Mortal Kombat Legends: Scorpion's Revenge. 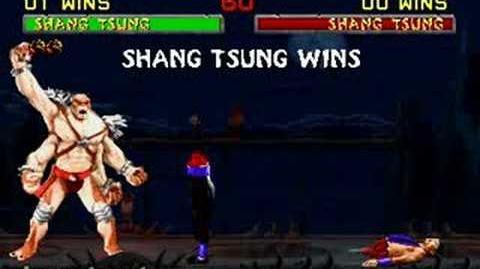 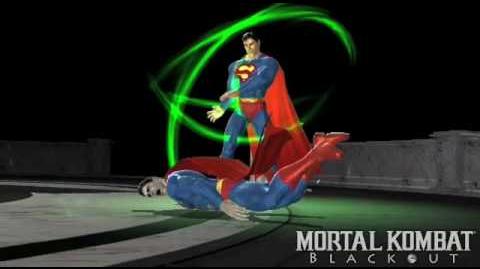 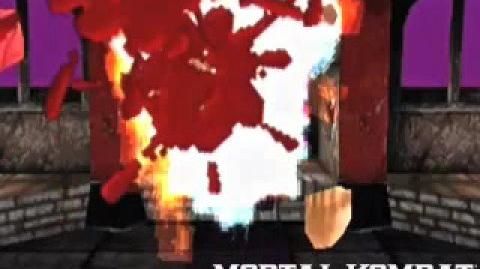 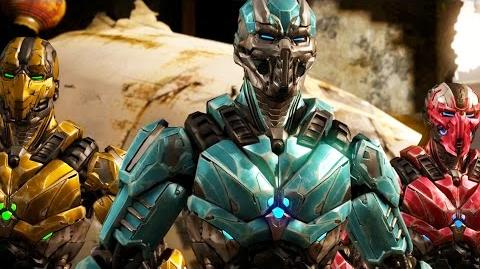