This once legendary species known as the Kreeyans is from an unnamed distant realm and they are comprising primarily of beautiful Amazonian warrior women that develop inside of hives. They first appeared in the 16th episode "Kreeya" of the television series Mortal Kombat: Conquest. Their empress, Queen Kreeya is also the very first of her kind, the matriarch of the Kreeyan race which is why this culture of powerful women is named after her.

The Kreeyans who have lived for many thousands of years, are spawned in a giant insectoid hive that contains thousands of maturing fetuses. Each newborn Kreeyan mature into adult form within days (similar to bees), commanding hand-to-hand combat skills and weapons expertise. They are also immune to many human-borne diseases, including leprosy, and are capable of healing the afflicted by mingling their blood. The queen alone has the power to breed, although this power can be passed on to the First Born daughter after death. This was observed when Kreeya was killed and Vorpax, Kreeya's First Born daughter, took her powers in a ceremony. This transference is also a coronation in effect: the one who gains the power becomes the new queen.

Also, it is not uncommon for the queen's mates to die suddenly after mating with her, as shown in her first two episodes, though it is implied that stronger, more powerful mates are less likely to be killed by this effect. (Known survivors include Reptile and Shang Tsung, the mates of Kreeya and Vorpax respectively.) Newborn Kreeyans have not been shown, as they have only appeared in their grown-up forms - with exception of one child in the episode Kreeya where Kung Lao witnessed the child instantly mature into an adult (however, in production, the character was not played by an actual little girl but instead was played by a woman).

The Earthrealm's thunder god Raiden once remembered this magnificent culture that even once traveled throughout the universe realm by realm, only as a myth. But like Raiden once said that many legends are based on some truths.

Queen Kreeya seeks to take over all of Outworld from Shao Kahn, and other worlds as well, but bound by the same rules of the Elder Gods as Kahn, she is forbidden to openly attack realms. Her expansionist campaign relies instead on seduction, circumventing the rules by being openly invited into new realms by their inhabitants. In a short time (presumably within a matter of weeks or months), they ultimately drive their populations into extinction through sheer numbers. Upon realizing the threat she posed to Outworld, Kahn had Kreeya's hives destroyed while his armies battled the Kreeyans on Outworld's borders. Kreeya was forced to find a new mate while secretly establishing new hives in Earthrealm.

She later persuaded Reptile to betray Kahn in exchange for sharing dominion after the Emperor's defeat. Reptile agreed, and several Zaterrans were reluctantly sent to guard her hives in Earthrealm while the children matured.

Kung Lao discovered Kreeya's children maturing in the hive, and realized the serious threat this posed to Earthrealm. When he confronted Kreeya and Vorpax and rejected their advances to stay, he was imprisoned along with Shang Tsung. The two were freed by Raiden and sent the Queen fleeing after they defeated her together in combat, while Shang Tsung destroyed Kreeya's hive.

The combined effort of Earthrealm and Outworld in eliminating the hives infuriated Vorpax, who believed that Kreeya was carelessly sacrificing her people for her safety. Vorpax urged Kung Lao and his friends to aid her in defeating Kreeya, in return for her leaving Earthrealm once the Queen was dead. After Kreeya was defeated in combat, Vorpax slew her herself, and left. Unbeknownst to the humans, Kreeya's death imbued Vorpax with all of her breeding powers, and her legacy was to continue under a new ruler. However, Vorpax was never successful in making a Hive. She first chose Shang Tsung as her first mate but intended to betray him after. In the final episode she sought out Quan Chi who agreed to help her kill Shang Tsung after the mating. After she had mated with Shang Tsung she orders the bed to be burned out of disgust of the act. She hears magics behind her and assumes it is Quan Chi but when she turns she sees and is killed by Shao Kahn's Shadow Priests. Since she is killed immediately after mating, before she had even left the tent, and since this was her only time mating as a queen, she was never able to make a hive.

The ultimate fate of the Kreeyans is unknown. Since Vorpax died without any children and no other Kreeyan was ever seen claiming the Queen's powers, it is implied that the Kreeyans would eventually become extinct, either slowly dying out over time or being wiped out completely by Shao Kahn's forces. 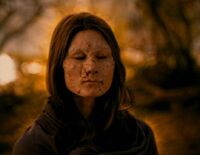 This human woman with leprosy is undergoing a special healing process. 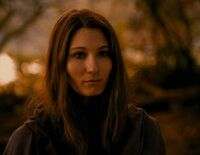 This woman with leprosy has been completely cured and has become beautiful. 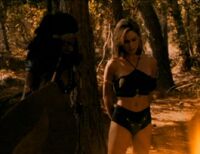 2 Kreeyan warriors watched as one of their own is undergoing a transformation. 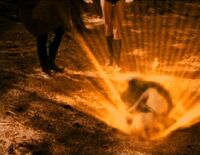 This Kreeyan child is in pain as she undergoes a transformation. 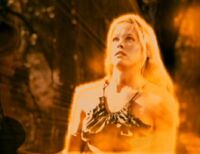 A Kreeyan child has turned into a fully mature adult.
Add a photo to this gallery
Retrieved from "https://mortalkombat.fandom.com/wiki/Kreeyan?oldid=340915"
Community content is available under CC-BY-SA unless otherwise noted.