The Kamidogu (from Japanese kamidōgu 神道具 literally "god tool" or "divine equipment"), are mystic relics crafted by the Elder Gods which are said to contain the essence of the realms. When used in sorcery, they are said to have incredible power that can make and unmake all of reality. The Power of each Kamidogu can only be fully used by one Individual, so if one were to make use of all the Kamidogu, this person has to fuse all six Kamidogu into One Kamidogu. Wielded by the wrong hands, the Kamidogu could endanger existence itself.

The Kamidogu embody the essence for each of their respective realms, and there is one pertaining to each realm: Earthrealm, Netherrealm, Chaosrealm, Outworld, Orderrealm, and Edenia.

There is one more Kamidogu that is connected to and surpasses all the other Kamidogu as it embodies the essence of not just one realm, but all of the universe. That final Kamidogu turned out to be the Sacred Amulet which is the Amulet of Shinnok.

Decades ago, Shujinko was approached by an ethereal spirit entity that called itself Damashi. Damashi claimed to be the agent of the Elder Gods who was tasked with finding a mortal who had the courage and potential strength to undertake a quest for the Elder Gods. Shujinko, then only a child, eagerly accepted and Damashi charged him with gathering the six Kamidogu of Earthrealm, Netherrealm, Chaosrealm, Outworld, Orderrealm, and Edenia. To aid Shujinko in the quest, Damashi mystically instilled in Shujinko an enhanced ability to observe and then wield the Kombat abilities of warriors he came across.

However, in reality, Damashi was not an agent of the Elder Gods, and the power granted to Shujinko was merely his own. Ages ago, the Dragon King, Onaga, was slain by Shao Kahn. But, even from the void, his essence could manifest within the realms. Damashi was actually Onaga's essence extending into the realms. Thus disguised, "Damashi" was able to manipulate Shujinko into undertaking a quest to collect the Kamidogu. He even told Shujinko that he had not collected all of the Kamidogu because there was the last one left, the Sacred Amulet (the stolen Amulet of Shinnok).

Onaga, having acquired the Kamidogu, traveled to Outworld to re-assume his throne as the original ruler of the realm. From there, he intended to use the Kamidogu to attain ultimate power by re-making the realms in his image. However the power of each Kamidogu can only be used by one individual. In order to make use of their full power, Onaga sought for a way to merge all six Kamidogu into One Kamidogu, thus creating the Ultimate Weapon. He sent Tanya to Edenia to find the ancient incantations that would enable him to fuse all the Kamidogu into a single one.

Shujinko, now fully understanding this threat to the realms, born from deception, resolved to stop Onaga. Though the heart of the quest was proven to be a farce, Shujinko, having faced and triumphed over continuous dangers, had become one of the most powerful warriors in the realms. He journeyed to Outworld where he was able to gather a number of powerful warriors to one location. Then, using the mystic ability Onaga had given him years earlier, Shujinko reached out for the warriors' essence, thus their combined powers supplemented his own.

Infused with such great power, Shujinko was ready to confront the Dragon King in Mortal Kombat. Shujinko proved to be more than a match for Onaga, but not before destroying the six Kamidogu and weakening Onaga. Thus Shujinko defeated The Dragon King, ending the danger to the realms and completing Shujinko's quest...for the moment. Shujinko among all the warriors feared that a victory against the Dragon King (later leading to the foreseen events of Armageddon) was short lived.

The Kamidogu in the new Timeline

After the events of the past were altered by Raiden to prevent Armageddon, the Kamidogu once more play a pivotal role in the new timeline, though with significant changes.

Reintroduced in the Mortal Kombat X (Comic Series) as daggers, the Kamidogu are now used to invoke powerful Blood Magik. Offering the daggers blood, either the wielder's own or someone else's, can increase the powers of the wielder. However, there is a high cost for using the Kamidogu in such a way: the draining of the user's strength by a large margin, leaving them severely weakened.

Due to the machinations of the cleric of chaos, Havik, the Blood Magik within the daggers was corrupted, allowing Havik to possess whomever is cut by them. One such victim of the possession was the Shirai Ryu, Fox, who under the demon's influence slaughtered his own clan before being killed by Takeda. Another was Sub-Zero, who's power was so enhanced by Blood Magik he was able to freeze an entire city and most of its population solid. Though Kano has claimed that death is the only means of freeing the possessed, Raiden, who was corrupted by Havik's possession, was able to free himself by purging his blood, and Kuai Liang was also freed when he was separated from his Kamidogu and the Blood Magik in his veins was used up.

It is later revealed that each of the Kamidogu has tasted the blood of the One Being, and its essence dwells within them, which is the source of their power. Raiden and the Elder Gods used the Kamidogu to seal Shinnok's amulet in a dark dimension, binding the seal in Raiden's blood. The corrupter of the Kamidogu, the cleric of chaos, Havik, seeks to claim them to obtain Shinnok's amulet.

Havik reveals that there are seven Kamidogu, the last of which has not been revealed.

Havik used all six known Kamidogu on Reiko in a ritual that seemed to turn the general into the Blood God, but in truth, the ritual merely used Reiko as a vessel to summon Shinnok's amulet from the dark dimension it was trapped in. Reiko died in the process, his head being caved in by Havik to reveal Shinnok's amulet inside his skull.

The Kamidogu were last seen being used by Havik to enslave the captured champions, Kotal Kahn, Mileena, Johnny Cage, and Sonya Blade to his will by inflicting them with the Blood Code. What became of them after Havik's defeat is unknown. 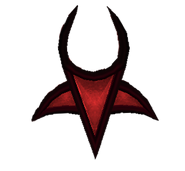 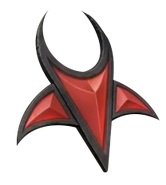 The original Kamidogu, repurposed as objects in the Test Your Might challenges from Mortal Kombat X.

Unknown Kamidogu Dagger.
Add a photo to this gallery

Retrieved from "https://mortalkombat.fandom.com/wiki/Kamidogu?oldid=367394"
Community content is available under CC-BY-SA unless otherwise noted.