MK: Armageddon (cameo)
Mortal Kombat (2011) (cameo)
Mortal Kombat 11 (cameo)
King Jerrod, also known as Jerrod, also spelled as Jerod, is a minor character occasionally referenced in Sindel's backstory. He is described as once being the King of Edenia before Edenia's finest warriors lost in Mortal Kombat. He was eventually defeated and killed by Shao Kahn's forces. He was succeeded by his wife, Queen Sindel, who married the Kahn, and his only daughter, Princess Kitana. His physical appearance is unknown as it has never been clearly shown in-game, but because he was from Edenia, it is assumed he was human-like and had lived for a very long time.

It is of note, however, that a beheaded statue can be found in the Edenia realm in Mortal Kombat: Deception Konquest mode. The face appears to be of a bearded man. When the player talks to nearby non-player characters who are the denizens of Edenia, they will state: "The statue is of King Jerrod, who ruled Edenia many thousands of years ago."

In Sindel's Mortal Kombat: Armageddon ending, Jerrod is referenced once again. In it, she uses her newfound powers as a goddess to resurrect her husband and reunite him with her and their daughter Kitana.

In Ermac's Arcade Ladder ending of Mortal Kombat (2011), it is revealed that one of the many souls that compose his being is King Jerrod. When Ermac is freed from Shao Kahn's enslavement, Jerrod's soul is able to take control of the warrior's body, quelling the numerous other souls fighting to assert themselves. Guided by his dominant soul, Ermac returned to Edenia and claimed Jerrod's kingship, protecting the realm alongside Sindel and Kitana.

While Ermac's ending is non-canon, John Vogel has confirmed that Jerrod's soul is a part of Ermac. [1]

In Legacy, Jerrod's history as the king of Edenia and Kitana's father is kept intact, though some changes were made in the context of the overall story, including his ultimate death not occurring until sometime after Edenia was conquered by Shao Kahn.

Flashbacks in the fourth episode revealed that the Edenian knights were urging their king to flee the castle before it was besieged by the invading Outworld Tarkatan hordes. Though Jerrod wanted to secure his wife and child's safety as well, he was ultimately forced to flee on his own, leaving a decoy to rescue his family, though the decoy failed and was killed. Jerrod's realm of Edenia and his wife, Sindel, were claimed by Shao Kahn, leaving Jerrod in exile in his own realm.

Over the subsequent years, Shao Kahn hunted down and exterminated each and every one of Jerrod's decoys and protectors until the former king was finally exposed. One cold winter night, an older Jerrod sat by a fire as his last bodyguard was killed and he found himself confronted by his own daughter, Kitana, having grown and matured into a young woman and deadly assassin in Shao Kahn's service. Jerrod was overwhelmed to see his daughter, who resembled her mother so greatly to him.

Jerrod tried to reveal the truth of Kitana's origins to her, but he was impaled from behind by Mileena, Kitana's twin 'sister', and left to die in the snow. With his final breaths, Jerrod managed to tell Kitana he was her true father. This revelation would lead to Kitana learning the truth of her past and see her begin her plans for rebellion against Shao Kahn.

Several people claim to be the slayer of Jerrod:

In an intro dialogue between Kitana and Shang Tsung, Shang Tsung claims he killed Ermac and stole the souls that composed his being, including Jerrod. 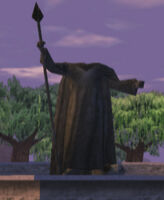 The beheaded statue of King Jerrod in Edenia. 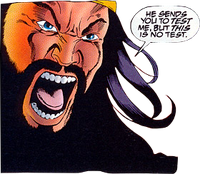 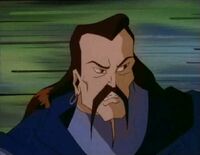 King Jerrod in Defenders of the Realm. 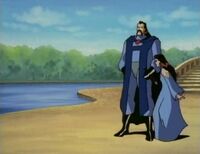 King Jerrod with his daughter Kitana as a younger woman before Shao Kahn invaded his home of Edenia and killed him. 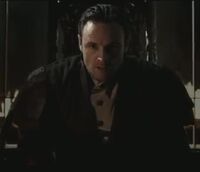 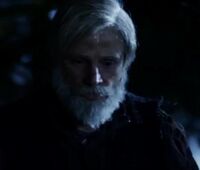 King Jerrod as an old man in Mortal Kombat: Legacy.
Add a photo to this gallery

Retrieved from "https://mortalkombat.fandom.com/wiki/Jerrod?oldid=359769"
Community content is available under CC-BY-SA unless otherwise noted.