Although usable as a bladed club, the Ice Scepter's most significant function is its ability to freeze opponents solid by thrusting its head into them. Although primarily wielded by Sub-Zero, the weapon can be picked up and used by any character, granting them Sub-Zero's ability to freeze.

The Ice Scepter is also found within the Lin Kuei Palace, where it would instantly freeze an enemy upon contact in the Konquest mode of Mortal Kombat: Armageddon. 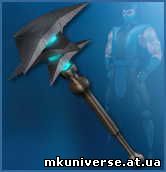 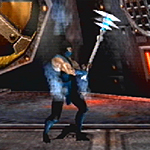 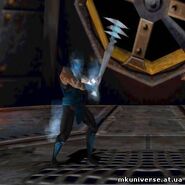