This blue ninja facemask is the trademark mask worn by Frost, who has similar freezing abilities as Sub-Zero. Frost's Mask first appeared along with her in Mortal Kombat: Deadly Alliance and later reappeared as a collectible Relic within the Konquest mode of Mortal Kombat: Armageddon.

A signature Lin Kuei mask given to Frost when she was still an apprentice under the Lin Kuei Grandmaster, Sub-Zero. The blue represents her Cryomancer ancestry.

In her cameo appearance in MKX's Story Mode, she wore a face mask that had a resemblance to the mask worn by her Grandmaster Sub-Zero's default costume in the same game.

In her return as a playable character in MK11, Frost wears her mask again, although they take on a much more futuristic and cybernetic appearance, due to Frost taking on the cyberization process which turned her into a Cyborg. Her mask is also a gear item and is also customizable with many mask designs available to choose from. 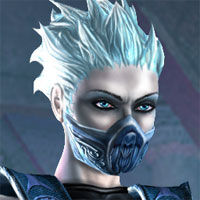 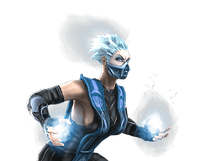 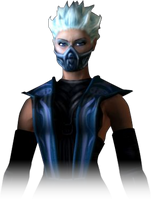 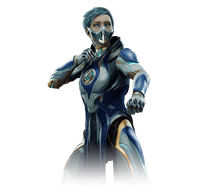 Frost with her new mask after undergoing cyberization. 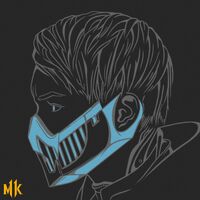 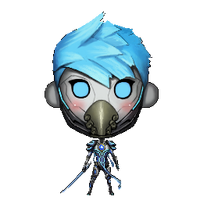 Frost with a new mask in the Eternal Klash Skin Pack.