The Elder Gods are omnipotent deities in the Mortal Kombat fighting game series.

Beings with this form can be seen in Onaga's unused ending picture found on Deceptions Krypt, in Armageddon's Konquest, where Taven finds an inscription of his father talking to dragon-shaped figures, that he states to be the Elder Gods, and Captain Marvel's ending in Mortal Kombat vs DC Universe as well as at the end of Mortal Kombat 2011. Their true nature and extent of their powers remain a mystery but is believed to be omnipotent having existed long before the Mortal Kombat tournament and can foresee events. 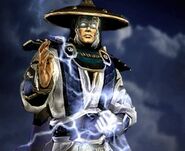 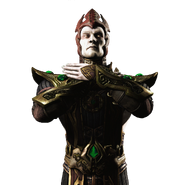 Cetrion, the Elder God of Nature and Life

The Elder Gods imprison their evil brother Shinnok with their powers and returned the realms back to their natural state.
Add a photo to this gallery
Retrieved from "https://mortalkombat.fandom.com/wiki/Elder_Gods?oldid=317601"
Community content is available under CC-BY-SA unless otherwise noted.