In the Mortal Kombat series, Earthrealm is the name that is most frequently used for what humans normally call Earth, which is a rocky planet orbiting the Sun.

Earthrealm is one of many realms that were formed after the Elder Gods shattered the One Being. In the Mortal Kombat universe, Earthrealm has been the target of frequent attempts at conquest, because it is thought to be the jewel of the cosmos and an important universal power node. Because of this, the Elder Gods have appointed a deity to protect the realm from harm. For countless centuries, this task has been entrusted to Raiden, though other gods, such as Fujin, also play a role in this. Furthermore, the Shaolin Temple of the Light was formed to train mortals in martial arts and prepare them to defend their world from evil. More recent organizations such as the reformed Lin Kuei or the Special Forces play a similar role. Earthrealm was nearly destroyed millions of years ago in a war between Shinnok and Raiden, and then verged on the brink of collapse during Shao Kahn's short conquest. After his invasion was foiled, Earthrealm has served as an inspiration to other conquered realms of Outworld. Edenia would later rise up and Nitara's home realm, Vaeternus, would rebel as well.

Technically, all species found on the real Earth are native to it, but two should be highlighted because of their special importance in the Mortal Kombat universe:

Unlike many other realms, Earthrealm does not possess an absolute ruler. Instead, Earthrealmers organize their lives by residing in separate nations, which are ruled by monarchy, communist state, military dictatorship, theocracy, and democratic republic, depending on the nation. Though many nations are developed, such as the United States of America and China, Earthrealm is centered more specifically around villages, perhaps taking place in East Asia. Society is governed by a set of laws, though not to a powerful degree similar to Seido's law enforcement. The laws are enforced by the Special Forces, village guards, and the local police force, depending on the society. For instance, developed countries such as USA rely on the local police force, as in, Kurtis Stryker and the S.W.A.T. team, whereas the Special Forces investigate outerworld threats. In local villages, guards keep a watchful eye on the roads at night, especially for the sneaky ninja clan, the Lin Kuei.

Religion, the belief system concerning the supernatural, sacred or divine, and moral codes, practices, values, institutions and rituals associated with such belief, is largely practiced by many Earthrealm inhabitants. Among many religious/spiritual beliefs and practices is Buddhism, with known practicer being the Shaolin monks Liu Kang, the Mortal Kombat champion, and Kung Lao, descendant of the Great Kung Lao and close relative of Liu Kang. Many Mortal Kombat training dojos are found within Earthrealm's villages, used for training individuals to survive in potentially dangerous societies.

Society is the system of organizations and institutions arising from interaction between humans. Among many Earthrealm societies, one of the more notable is the White Lotus Society, founded by the Thunder God Raiden to train Earthrealmers in Mortal Kombat to kombat other realms´ forces. Under the watchful eye of Raiden, Earthrealm societies are generally peaceful, in which many Earthrealm inhabitants fear tyranny. Earthrealm also has a distinguished culture, the tastes in art and manners that are favored by a social group within Earthrealm. Earthrealm is known for the creation of rice wine, said to "put Outworld's liquor to shame." Fishing is also a common activity within the villages, as many inhabitants can be seen carrying fish on spears. Trade is the voluntary exchange of goods and services, and is a form of economics. Thus, Earthrealm provides goods and services, such as meat, including fish, pork, dog, and beef, and service such as locksmiths in the exchange of koins. Each koin's value is determined by its color. Life expectancy for Earthrealmers is significantly different throughout the world, though much shorter than their Outworld counterparts. The average life span for a human is 78-100 in Earthrealm for males and females respectively.

Earthrealmers, unlike their outerworldly counterparts, only have little, or oftentimes, no magical ability. When an Earthrealmer does utilize magic, however, it's often in the form of an element associated with Earth. Examples include Liu Kang's, Kai's, and Kobra's fire manipulation abilities, and Kung Lao's wind manipulation abilities. Sonya Blade and Kira are known to manipulate non-elemental magic associated with Earth, in which they dub the "Kiss of Death," and Johnny Cage and his daughter Cassie Cage have the ability to toss a "force ball," a ball of gathered energy, and use shadow abilities. Kenshi and his son Takeda have psionic abilities.

Earthrealm is shown to be one of the most technologically advanced realms, if not the most advanced. Many Earthrealmers, to counterbalance for their lack of or limited experience with magic, use technology and engineering to their advantages. Notable technological users are the Special Forces, using highly advanced super portals to transport themselves from realm to realm, and high-tech weaponry in battle, in which Jax uses a Machine Gun, bionic enhancements or robotic arms to increase his overall strength. S.W.A.T. team captain Kurtis Stryker utilizes tasers, guns, and grenades in battle to further his likelihood of winning in kombat. Other Earthrealmers perform processes called "robotizations," the transformation of humans into cyborgs to enhance strength and kombat abilities. Known practicer's were the Lin Kuei in their transformations of the robot trio, Cyrax, Sektor, Smoke along with Cyber Sub-Zero. Cyrax, Sektor and Takeda Takahashi also use Pulse Blades in battle, swords created primarily with human technology. The Tekunin warrior robots were hand-created by the Earthrealm native Sektor. The Tekunin clan, fluent with technology, constructed a warship to simplify their tasks for world domination. Kano, leader of the Black Dragon clan, uses an eye laser and later, hidden stilettos and a Cybernetic Heart Unit. Similarly to Hsu Hao, of the Red Dragon clan, whom uses a similar device which doubles as a laser emitter from his breastplate. Mavado, a leader of the Red Dragon clan, uses grappling hooks to maneuver himself quickly around the arena and avoid attacks. Unlike Earthrealmers, many Outworld natives have no trouble performing these tasks by using simple magic without the use of technology. Many natives of other realms, such as outworlders, import weapons and technology from Earthrealm through organizations such as the Black Dragon clan.

Relationships with other realms

Earthrealm and Edenia are close allies, and have been ever since Earthrealm's warriors freed Edenia from Shao Kahn's rule. The relationship of Liu Kang, the Earthrealm's Mortal Kombat champion, and Edenia's princess Kitana has strengthened that alliance. On the opposing side, Outworld has tenuous relations with Earthrealm, acting as friend and foe with ever shifting allegiances due to changing of Khans. While the Netherrealm and it's affiliates are indefinite foes of Earthrealm, both sides of which having had their respective rulers attempt to control it at some point. 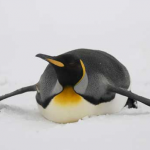