Demons are a type of species in the Mortal Kombat universe native to the Netherrealm.

Quan Chi, Ashrah, Sareena, Kia, Jataaka, Siann, Mika and Sora are the most well known examples of demons. They can hide their appearance underneath a human façade, but otherwise seem to be the same as Oni. Quan Chi was originally an Oni, until he became a demon with his mastery over sorcery and magic. Siann, Mika and Sora were originally lifeless corpses until Quan Chi saved them. Other generic demons have appeared in Mortal Kombat: Shaolin Monks as regular minions that players fight later in the game.

In Mortal Kombat (2011), guest character Freddy Krueger appears as the first Dream Demon to appear in the series, with his powers and abilities coming from the his resurrection in Hell, allowing him to manipulate and control the dreams of his victims. Despite this, it is possible to bring Freddy to the real world, which in turn renders his powers, and ultimately his Immortality, completely useless.

Liu Kang and Kung Lao battles a Demon Captain in the Foundry. 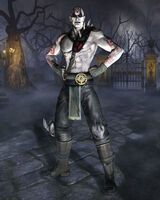 Quan Chi, a Demon from the Mortal Kombat series. 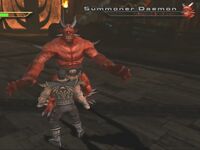 Taven fighting what is referred to as a "Summoner Daemon". 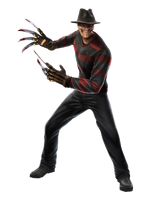 Freddy Krueger in his appearance in Mortal Kombat (2011) 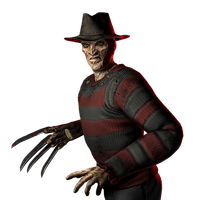 Freddy Krueger's render for his appearance in Mortal Kombat Mobile