Start a Wiki
Chaos Headdresses are headdress-like masks worn by the natives of the Realm of Chaos including the ever trouble-making Cleric of Chaos known as Havik. They first appeared in Mortal Kombat: Deception. One of these masks made a return as one of the collectible Relics only under the name Havik's Mask within the Konquest mode of Mortal Kombat: Armageddon.

Chaosrealmers including the ever trouble-making Cleric of Chaos known as Havik, these headdress-like masks are adorned with ancient symbols representing the various degrees of chaos. These masks can only worn by those of upper class like Havik in the Chaosrealm. It denotes a strict allegiance to the ways of chaos. 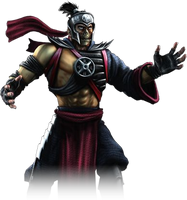 Havik the Cleric of Chaos wears his headdress. 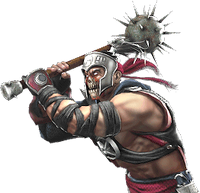 Havik's headdress in his versus image.

Havik seen wearing his headdress in Noob Saibot's MK 2011 ending.
Add a photo to this gallery

Retrieved from "https://mortalkombat.fandom.com/wiki/Chaos_Headdress?oldid=292486"
Community content is available under CC-BY-SA unless otherwise noted.