watch 02:45
Wiki Targeted (Games)
Do you like this video?
Play Sound

A bō (棒: ぼう) or kon, is a Japanese long staff used in Japanese martial arts, in particular bōjutsu.

Jade also uses Bojutsu in her appearance in Mortal Kombat Mobile. Her staff is also her exclusive Equipment Card.

In Mortal Kombat X, Kung Jin has a custom archery bow that also doubles as a bo staff. Bojutsu is also one of Kung Jin's character variations focusing primarily on the Bo and gaining new attacks specifically using it. Additionally, the Dragon's Head on the top of the Bo glows and can shoot fireballs. 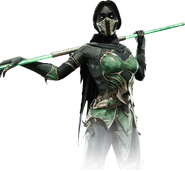 Kung Jin holding his bow in the loading screen 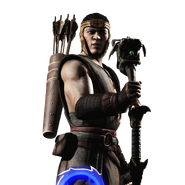 Kung Jin holding his bow in his Primary mobile render. 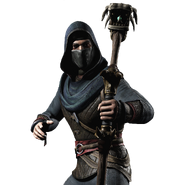 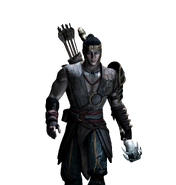 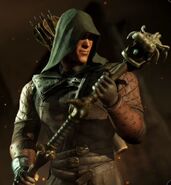 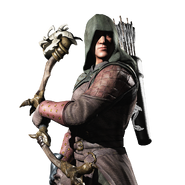 Kung Jin vs Erron Black.
Add a photo to this gallery

Retrieved from "https://mortalkombat.fandom.com/wiki/Bojutsu?oldid=355259"
Community content is available under CC-BY-SA unless otherwise noted.