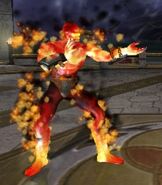 Blaze vs Mileena in Beetle Lair.

Blaze's Transformation
Add a photo to this gallery 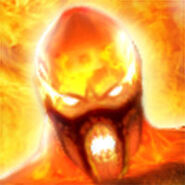 Blaze's Versus in Mortal Kombat: Armageddon 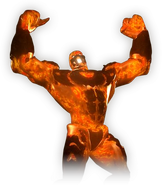 Blaze vs. Kintaro in Armageddon

An apparition of Blaze's old form fighting Taven during his training. 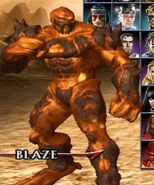 Blaze, as seen in the Armageddon fighter select screen

Blaze as seen in the intro of Mortal Kombat: Armageddon

Blaze at the top of the Pyramid of Argus

Blaze roaring at the top of the Pyramid of Argus

Blaze after performing a Fatality

Blaze in his humanoid form, as seen in the Konquest.

Another screenshot of Blaze speaking with Taven.
Add a photo to this gallery
Retrieved from "https://mortalkombat.fandom.com/wiki/Blaze/Gallery?oldid=308144"
Community content is available under CC-BY-SA unless otherwise noted.