From Mortal Kombat 3 and onwards, Jax wears a pair of bionic armor-plating that covers and protects both of his arms. It is not known whether his arms were replaced or upgraded in the original storyline, however it is possible that he may have used bionic implants until the events of Deception, where he may have willingly had his own arms removed in favor of mechanical replacements. In the alternate timeline of MK 2011, he was forced to use metallic arms in order to survive, after having his organic arms telekinetically dismembered by Ermac. 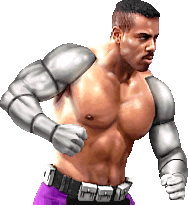 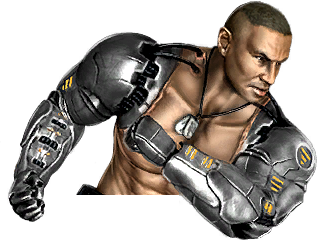 Retrieved from "https://mortalkombat.fandom.com/wiki/Bionic_Arms?oldid=332742"
Community content is available under CC-BY-SA unless otherwise noted.