Belokk is a character who was rumored to appear in Mortal Kombat Gold. According to Ed Boon (the lead developer of MK), the MK team didn't have time to finish the character, leading to him being scrapped. Later, Eurocom (developer of MK Gold) accidentally sent information about the game which included something about the character and as a result, six screenshots of Belokk were leaked to the public.

Despite the mention of Belokk's scrap, he was still rumored to appear in Mortal Kombat Gold as a secret character. Actual secret characters can be accessed via rotating a specific box for a normal character (Shinnok's box unlocks Goro, Reiko's box unlocks Noob Saibot and Cyrax's box unlocks Sektor), and when a player tries to do this to Tanya's box, a question mark (that was rumored to unlock Belokk) appears; however, this was later listed among the game's technical glitches, as there was no such thing to unlock the character.

If you look closely, you can see that Belokk seems to have the same style of legs as Goro. You can also see him perform the same type of shot as Goro. It was rumored that the skin of Belokk was in Mortal Kombat Gold, and if you use a cheat device, you can essentially put the skin over the character Goro and play as Belokk. 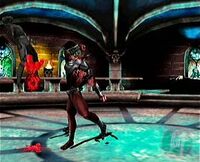 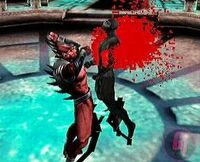 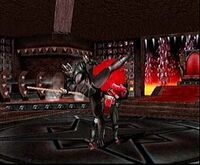 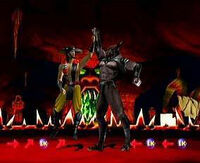