The Battle of Armageddon was the legendary final conflict between the Forces of Light and the Forces of Darkness. The event was even foreseen and foretold by the Elder Gods among all both mortals and immortals alike, who feared the Great Battle that would end all battles, and even all of reality itself. It took place in the southlands of the realm of Edenia as the Apocalypse begins, to decide the fate of the universe. The battle occurred next to the Pyramid of Argus.

The Battle of Armageddon is based on the same epic and legendary conflict with the same name "Armageddon" among its different aliases and names, said and foretold in many religions (both pagan and monotheistic) and doomsday prophecies that it is the ultimate battle that will end all wars, and yet even worse, destroy all traces of life forever.

The conflict was shown in the intro for Mortal Kombat: Armageddon with it's aftermath being shown in Mortal Kombat (2011)'s intro.

While the two opposing sides fought, an ancient pyramid rose amidst them. Atop the pyramid was Blaze in his final form. Any individual's defeat of Blaze would grant them their greatest wish and even ultimate power. As it became a race to the top of the pyramid for every kombatant involved, two individuals made their way to the pyramid to defeat Blaze. The sons of Argus, Taven and Daegon, were assigned to prevent Armageddon by either destroying the kombatants or stripping them of their powers. One of these two results would occur when one of them defeated the firespawn, and it was determined based on the armor each of them wore, left behind for them by their mother, Delia. Eventually, Taven confronted Blaze, but was killed by him. Shao Kahn was the one who defeated Blaze.[1]

In the end, Raiden and Shao Kahn were left as the last two standing kombatants. They battled on top of the Pyramid, where Shao Kahn - who had his powers increased - easily defeated Raiden (whose powers were weakened by fighting in a foreign realm). After taunting the Thunder God that the Elder Gods no longer threatened him, Kahn prepared to finish Raiden off and consume all realms. Just before Raiden was killed, he sent a mental message to his past self warning of the impending Armageddon. As a result of this, Raiden's past self managed to defeat Shao Kahn permanently (though at a heavy cost) and prevented the Battle of Armageddon from ever taking place. 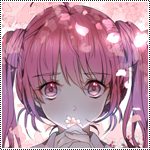 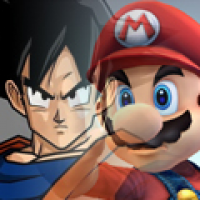